Aerospace enthusiasts become outer-space fans: the German Aerospace Industries Association (BDLI) uses compelling content to show how important the German aerospace sector is for society and for the economy.

The German Aerospace Industries Association (BDLI) had set itself the goal of demonstrating the “universal” significance and scope of this key industry, with its significant benefits for society in everyday life. This was particularly important in view of the European Space Agency’s council meeting at the ministerial level in November 2019. The BDLI committed to the sustainable strengthening of the German aerospace industry and thus to Germany as a location for innovation and science.

A multi-channel campaign with facts and figures about aerospace generated attention for the topic. Under the multi-channel campaign title “Raumfahrt ist #allumfassend”, the team developed a website and various formats for the social media channels Twitter and Facebook and promoted it with a thoughtful a social media marketing strategy , to activate politicians, journalists and the general public in support of the aerospace industry.

“C3 masters the digital world of communication – a world that is only possible thanks the achievements of the aerospace industry! With a lightness of touch reminiscent of the weightlessness of outer space, the C3 team has located the universal benefits of the aerospace sector here on our planet, Earth.”

In addition to channel-appropriate, “snackable” content for various social media platforms, plus background articles on space missions and aerospace technology on the campaign website die-raumfahrt.de, the marketing strategy focuses primarily on moving-image formats. In five elaborate “hero videos”, real protagonists tell the story of the advantages the aerospace industry provides for them personally. The focus is on emotional storytelling and solid narratives: complicated aerospace technology is combined with tangible results and stories.

The campaign hashtag #universal makes it clear that aerospace actually has an impact on all areas of society. 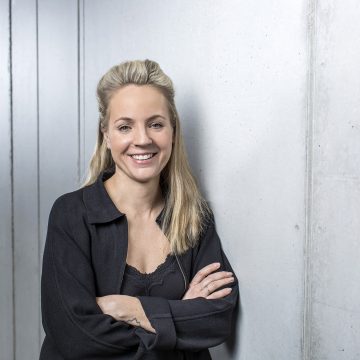